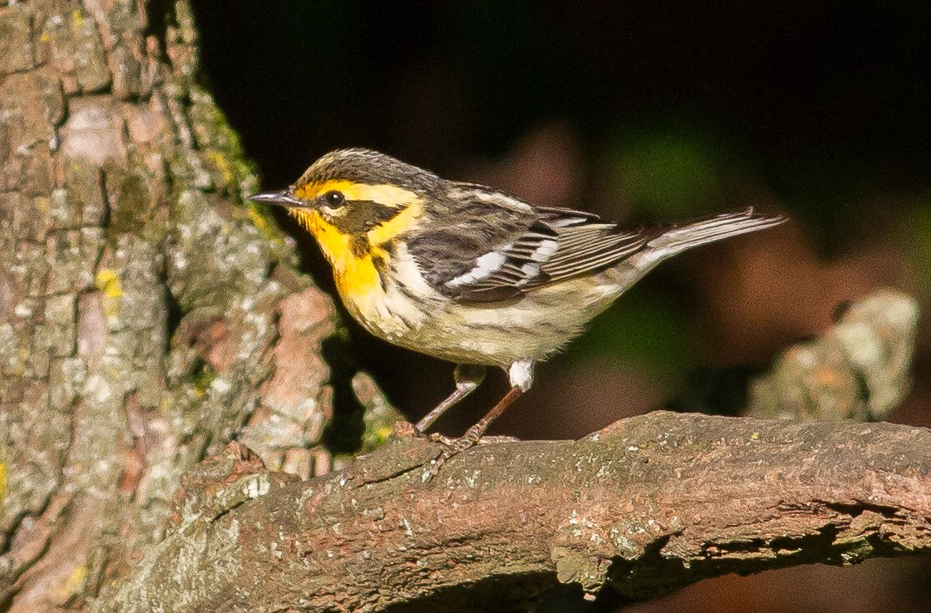 I’m finally getting around to writing about these wonderful days I had watching migrants pass through my yard in West Chester, Chester Co., PA. on May 16-17, 2017.  After 4-5 days of steady cool temperatures and NW winds, a change to clear skies, mild temperatures and winds shifting to SW overnight seemed to open the flyway. Good numbers of long-distance neotropic wintering/boreal nesting songbirds were reported in numbers both locally and regionally (Delaware Valley). I was very fortunate to witness some of the results of this flight from my back patio. As with most large inland flights of songbirds, the first few hours of daylight were very exciting and chaotic and then the movement of birds began to slow and finally dissipate in the early afternoon. I was lucky to have many photographic opportunities when some of the birds came into drink and bathe. Here are a few of the birds that stopped by. 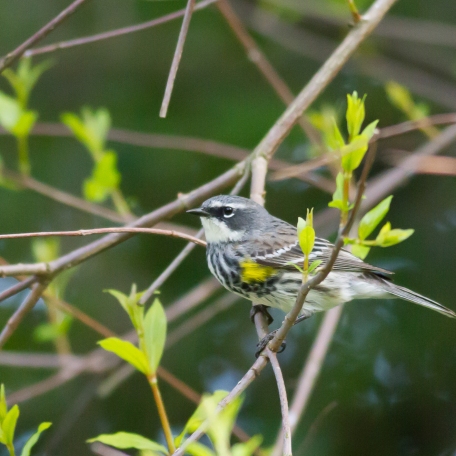 Yellow-rumped Warbler (Myrtle) is a common spring migrant through my area and usually makes up the bulk of a flight. Birds in various stages of pre-alternate molt were seen throughout the two days.

Wood Thrush passes through my yard in both Spring and Fall but I seem to notice it more in Spring probably because of it’s beautiful song which it begins to sing soon after daybreak.

Black-and -white Warbler is a fairly common migrant through my yard and a few were seen over the two days. 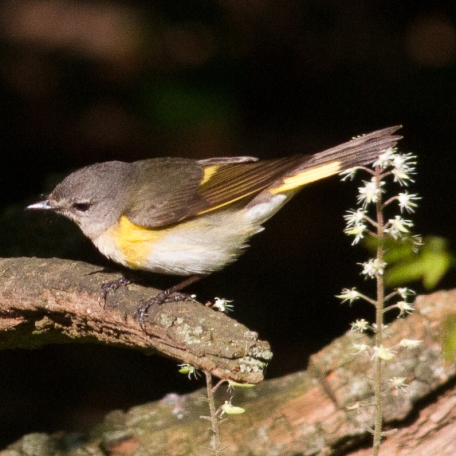 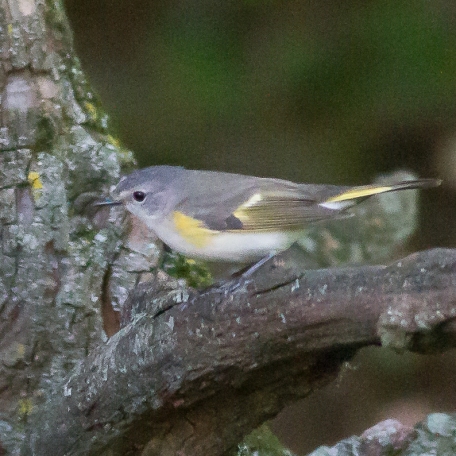 American Redstart is a common migrant through my area and at least one was in view most of both days.

Palm Warbler is an occasional migrant through the yard. At least two individuals were seen over the two days.

Northern Parula is a regular migrant through the yard. This was the only one that I came across during the two days.

Canada Warbler is a regular Spring migrant in our yard. This bird was the only one I saw during the two days and that was only a quick visit to the stream.

Black-throated Green Warbler is a common migrant in the yard. There were at least four present.

Magnolia Warbler is a fairly common migrant more so in Fall than Spring, but there were at least three individuals present.

Cape May Warbler is an occasional visitor to the yard at best and usually the sightings are of birds high up in one of the pines. I was very lucky to have one come down to the stream

Bay-breasted Warbler is an occasional visitor to the yard and rarely do I get a bird in breeding plumage. This bird spent several morning hours in the yard much to my delight.

Blackburnian Warbler is an infrequent yard visitor. At least one Blackburnian was present on both days.

I get perhaps 1-2 Indigo Buntings a year through my yard and usually in Fall. It was a real pleasure to have this adult male spend some time at the feeders.

Common Yellowthroats occasionally pass through the yard each Spring.

White-crowned Sparrows are more frequent in the yard in Fall than Spring but this bird was one of two seen together.

Blackpoll Warblers are fairly common migrants through the yard.

Rose-breasted Grosbeaks are fairly common and always welcome as they pass through on migration. There was a max of four in view at once during these two days.

Barn and Tree Swallows as well as Chimney Swifts were on the move also. The Barn Swallow flight lasted through most of the afternoons.

In addition to migrant species coming through there was also a noticeable uptick in the summer residents.

Eastern Bluebird which was nesting in my neighbor’s yard would occasionally stop by for a drink.

Baltimore Oriole are fairly common in my neighborhood in Spring and there were at least three in view together.

Not to be left out of the gathering Northern Cardinals, Common Grackles and Downy and Red-bellied Woodpeckers mingled with the tourists. 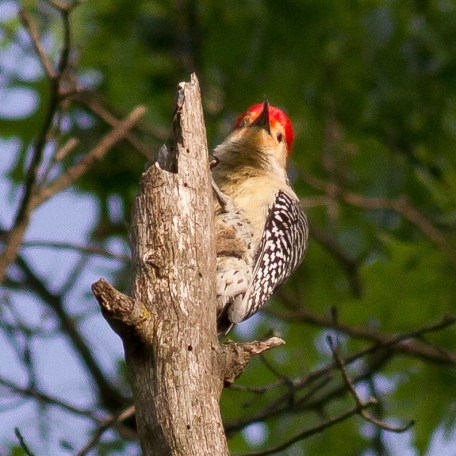 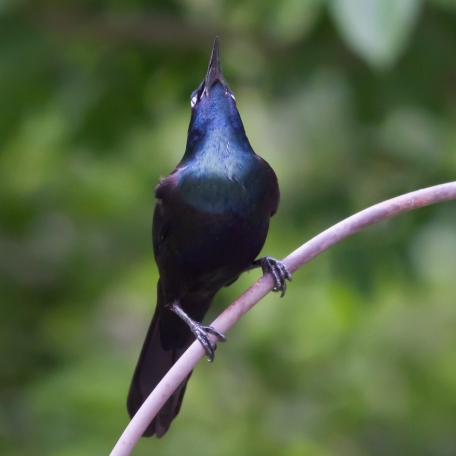 Fifty-nine species visited the yard during this two day period and I was very lucky to be part of it.